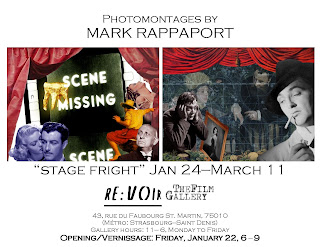 From January 22nd to March 25th 2016, independent American filmmaker Mark Rappaport will exhibit STAGE FRIGHT at The Film Gallery. We kindly invite everyone to attend opening night on January 22nd at 6 PM. 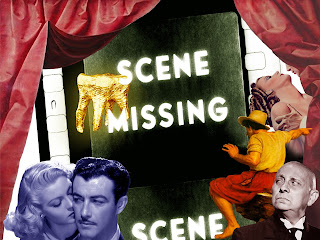 After making shorts and feature films since the 1970's such as The Scenic Route (1978) and From the Journals of Jean Seberg (1992), nowadays Rappaport devotes himself also to creating photomontages, some of which will be presented at The Film Gallery for six weeks. 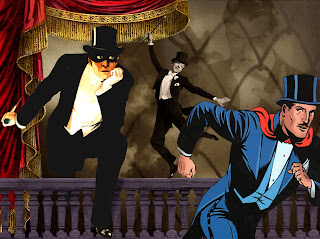 Mark Rappaport's photomontages tell much about his interests and his love for cinema. They are collages made out of his favorite movies and stars but not just that. This work has been shown in New York, Las Palmas (Spain), Nantes and Rotterdam. This is a unique opportunity for Parisians to learn about the lesser known artwork by this versatile American filmmaker. Besides his work in visual arts, Rappaport also writes about cinema and has published a number of articles in French magazines such as Trafic. Some of these are assembled in the book The Moviegoer who Knew too Much (Le Spectateur qui en savait trop, 2008, Pol Editeur) which will be available at the exhibition.