Poet and hero of the American counter-culture, Jonas Mekas, born in Lithuania in 1922, invented the diary form of film-making. WALDEN, his first completed diary film, shot between 1964-1969, is an epic portrait of the New York avant-garde art scene of the 60s and a groundbreaking work of personal cinema.

We are pleased to announce the release of an HD 1080p video version of "Walden", originating from a pristine 16mm print that was scanned in New York and tailor-compressed in close-collaboration with the Vimeo staff, to fit the modern demands of digital video streaming and at the same time remain truthful to the original 16mm film aesthetics. We have also added subtitles in six languages: French, Italian, German, Japanese, Lithuanian and Spanish to help make this available to the public all over the world. Nevertheless, to fully appreciate the beauty of "Walden", we encourage you to seek out a 16mm projection of the film in a screening event near where you live.

"Walden" (three hours long) comprises a total of six reels, each marking an episode of approx. 30 minutes in length. The film can be rented as a series of six-episodes or as individual episodes. The author itself has once released it this way, in installements, and recommends it be watched sequentially, "like a Dostoyevski novel."  To help navigate the six reels, a visual map was conceived by Jonas Mekas to help the public identify the vast array of characters and stories appearing in the film. It is available here: http://bit.ly/walden_reels 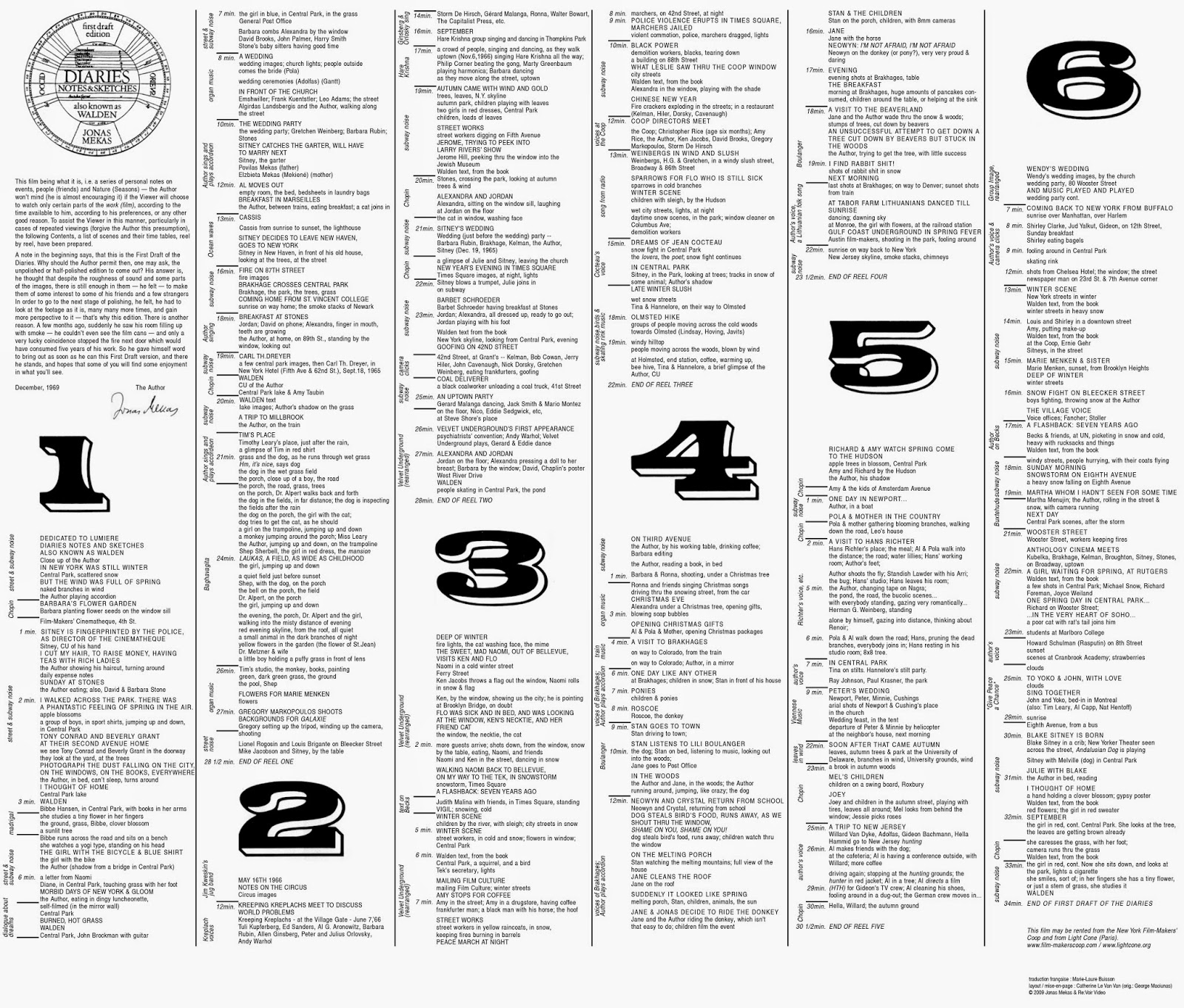 "After nearly thirty years Jonas Mekas' "Walden" looms as a central cinematic document of daily life in the New York community of artists during one of its moments of splendor. Although Mekas is neither shocking nor confessional, he has marked every moment of this very long film with the nuances of his own personality. In the grand array of characters, mostly unnamed, or identified only by a Christian name, -- although some others are internationally famous -- the only psychological portrait is that of the filmmaker himself: an exiled Lithuanian poet fascinated and tortured by his slow Americanization. The film is possessed by a nervous, staccato rhythm that repeatedly opens out into expansive raptures. 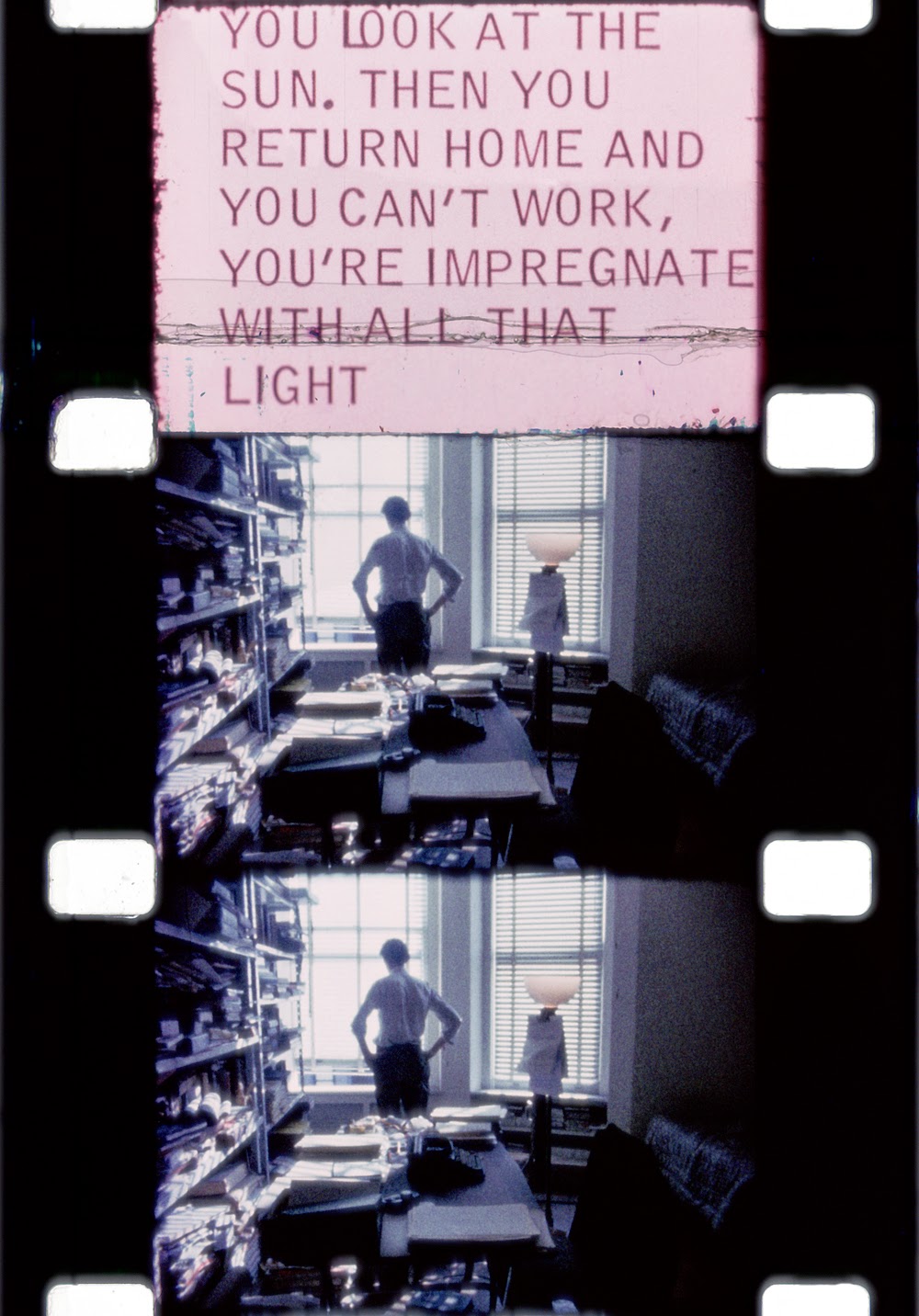 The massive accumulation of images provided Mekas with a unique archive for constructing this visual diary, the first of many he completed. Watching it now, we can recover a sense of that place and time that no other film can give us. As a minor character, periodically passing before my friend's camera, I recognize how fragmentary and elliptical his representation of others can be, and yet these images have become for me the strongest visual indices of who I was thirty years ago. That may be the core of Mekas' art: in finding a cinematic form in which he could capture his changing moods without imposing a coherent mask of himself, he has made a work that lets others appear in their phenomenal ambiguity."  P. Adams Sitney (1997)

"The autobiographical direction taken by Jonas in his films parallels that taken by Stan Brakhage in many of his 60s and 70s films and this cinema form remains profoundly radical. An artist, his camera and the life around him can furnish all that is necessary for rich and public works of art.

Construction in this form has nothing theatrical; it is a fusing of the camera gesture spontaneously called for, by and with the event being recorded. Sequences can be as shot or revised on reflection later. Montage can be "played" with the event or with the film strip in editing. I think that in general our memories are not seen in the mind's eye as novels but are more frequently fragmentary essentialist visions.

The methods of shooting, frequently single frame, used by Jonas have logical connections. The camera is not an instrument of memory (the life in its images is dead). The latent poignancy of the preservation of glimpses of always-over life is thus emphasized. Jonas has spent most of his life in New York but pastoral longing is a strong sentiment in his film diary. The presentness of his images, in two senses, when the events they depict took place and when one, a living spectator, is seeing them is enriched by his unpictured past, often represented by the "pastoral." [...]

The historic importance of the personally made film has been bravely stated by his saying, with Anthology Film Archives, that such films ought to be carefully treated, collected and shown, that the achievements of the past nurture the continuity of creative personal uses of cinema. [...]" Michael Snow, Codroy, Newfoundland, August 1997

Check out our ever-growing selection of films available for purchase through our VOD platform on Vimeo. http://vod.re-voir.com

You will find here trailers and links to the films we currently offer, but be sure to check back often, as this selection of films will be growing. All of the titles we have on our VOD will still be available for purchase as a DVD that you can add to your collection. Our DVDs include extensive booklets and design elements that we hope will enhance your experience of the film. Feel free to contact us at info@re-voir.com if there are any titles you would like to see added to this list in the near future.