ECHOES OF SILENCE and WHEEL OF ASHES, by Peter Emanuel Goldman

RE:VOIR is proud to announce the DVD releases of Echoes of Silence and Wheel of Ashes – films from the forgotten American genius, the only bridge between the New York Underground and the French New Wave, the ‘apostle of the unique’ (Libération) – on Saturday December 7th. 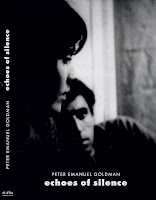 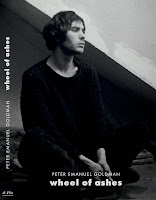 Born in New York in 1939, Peter Emanuel Goldman is an important, yet mostly unknown, filmmaker of American cinema. Echoes of Silence – a movie with no dialogue – was shot in 1964 on a small budget in Greenwich Village, following three wandering young men. Banned in France and Italy, it nevertheless won the special prize at Pesaro Film Festival in 1966, awarded by a jury including Godard, Bellochio and Bertolucci. While Wheel of Ashes revisits themes similar to those of its predecessor, Saint-Germain des Près replaces the New York neighbourhood, dialogue enters into the silence, and our hero pursues a quest for love.

Available direct only from the publisher, we are now offering the pair for 39 euros (TTC), or one for 24 euros (TTC). 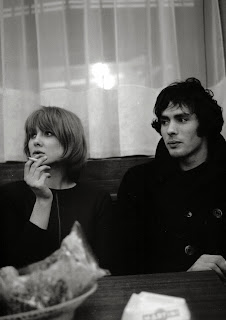 ‘Goldman, who established himself as one of the leading lights of the American underground film movement with his first feature film, […] made his second feature in France, with Clémenti starring as a young man adrift in Paris, searching for meaning via sexual encounters, solitary contemplation, and an exploration of both Western and Eastern religious traditions. Hardly seen in the US, in the sixties or since, Wheel of Ashes represents a fascinating intersection of important European and American underground figures. ‘There was not one of us who was not profoundly touched by this film… perhaps the first to give a true feeling of certain quarters of Paris.’  - Cahiers du Cinéma

‘His people come to life simply and believably – more believably than most of the people in the Chabrol and Truffaut cinema… the film has a thematic and formal beauty that is remarkable.’  - Jonas Mekas

‘[…] the most exciting new filmmaker in recent years. Echoes of Silence, his first film, is a stunning piece of work.’  - Susan Sontag 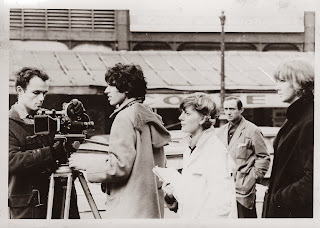