DVD BERENICE ABBOTT - A VIEW OF THE 20TH CENTURY 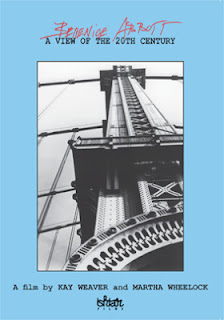 
Critics place Berenice Abbott at the head of her class; she was one
of the greatest american photographers of the 20th Century. From her
portraits of the avant-garde taken in paris during the 1920s, to her
documentation of new york in the 1930s, to her science photography
of the 1950s, and her studies of small-town america, Abbott's genius
is in the incredible range of her work.
Filmed during her 91st and 92nd years, the open-hearted Abbott
takes us on a guided tour of her Century. The tour teaches history,
perseverance, courage, and single-minded dedication to one's chosen
field.