RE:VOIR is proud to announce the release of two DVDs with feature documentaries by Mark Rappaport. 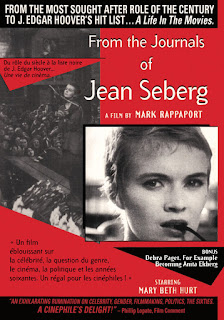 From the Journals of Jean Seberg
This deconstruction of the life and career of this Midwestern girl, Hollywood star at 19, New Wave icon at 21, and suicide at 40, is undertaken by Seberg herself, as embodied by Mary Beth Hurt. The spirit and inventiveness of Rappaport's script, combined with the endless flow of disillusioned observations and carefully chosen and nervously edited film extracts, make this film a remarkably stimulating piece.
___________ 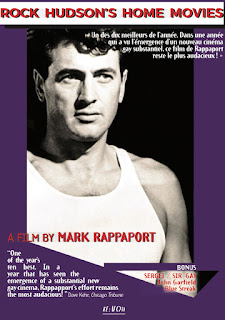 Rock Hudson's Home MoviesThis is a collage film that works as a review of film history that revisits Rock Hudson's films in the light of what everyone knows about him, now-essentially that he was homosexual and died of AIDS. Rock Hudson is a unique paradox-the paradigm of manhood on the screen that happens to be a homosexual. The fictional construction of Rock Hudson turns into a text to be read or re-read in many different ways-but all roads lead to Rome. Rock Hudson was a prisoner as well as provider of a strategy and sexual stereotypes. It is a prism through which one can explore the questions of sexuality, the coding of the genre, the sexual role play in Hollywood movies and, by extension,America in the fifties and sixties. ___________
Rock Hudson's Home Movies, 1992, 63 'BONUS:SERGEI / SIR GAY, 2016, 36 'John Garfield, 2003, 16 'Blue Streak, 1971, 9 '
+ 40 pages bookletDVD available here : https://bit.ly/2Nz1Gx3