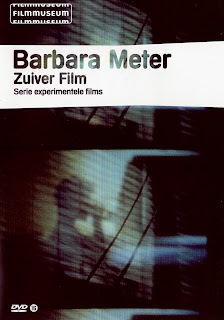 Barbara Meter (Amsterdam, 1939) was one of the founders of Electric Cinema, a stronghold of experimental film organizing screenings in the Netherlands in the early seventies. Since the sixties Barbara Meter has made feature films, documentaries and a large number of experimental films of a strong structuralistic nature. In a 1971 interview the film maker explained that she produces ‘pure films’, which ‘convey thoughts and feelings by pure movement, a pure image that may flicker or be blurred, and by intervening in the process of developing and printing the film.’ One of the highlights of her pioneering experimental output is APPEARANCES (2000). Based on her own family history, this film explores in depth the representation of time and memories. She completed her most recent film, A TOUCH, in 2008.