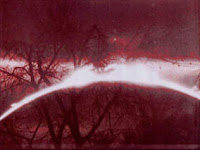 Dog Star Man develops in mythic and nearly systematic terms the universal vision inherent in lyric films. More than the entire body of the American avant-garde cinema, this work is situated in the rhetoric of romanticism, in its description of the emergence of conscience, the cycle of the seasons, the battle of man against nature and the sexual ambivalence in the visual evocation of an earthly titan bearing the comic name, "Dog Star Man".
P. Adams Sitney

More than any other filmmaker, he defined the cinema as a visual being, liberating it from non-visual considerations, and as visually useful for expressing a totality of thought.
Fred Camper

I force myself to make films that the viewer can absorb according to their own experience, in the act of seeing, without requiring that it be absorbed by the film and/or by their lack of experience.
Stan Brakhage


VHS OUT OF PRINT


Legendary film critic Pauline Kael is captured here in conversation with filmmaker Stan Brakhage. While the tape is incomplete, we do hear Brakhage defend his practice, his epic film DOG STAR MAN, his influences, his search for " a happening in structure". Brakhage proudly declares: "I'm an amateur filmmaker, I make home movies."